The Case for Structural Equation Modeling in Clinical Trials 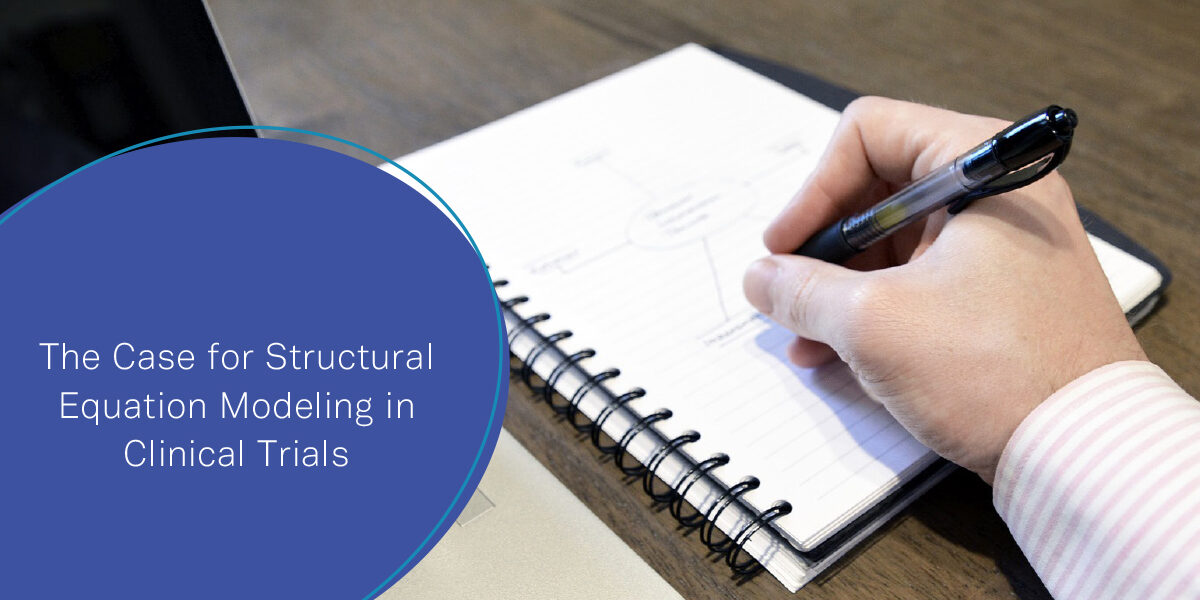 The interest of SEM is based on theoretical constructs, which are represented by the latent factors. Often we cannot measure the concept of interest (like intelligence, socio-economic status, a particular condition/disease, etc.). These variables that we cannot observe are called latent variables in SEM terminology.

However we can refer to observable indicators that are influenced by the latent variable. These variables are called observed variables. A typical example is the measurement of intelligence. The observed variables in this case could be some scores obtained by a series of tests about linguistic or arithmetic capabilities.

A study where a particular condition/disease is assessed by tests and results coming from different areas (physiology, hematology, etc.) is an environment where implementing SEM can be highly advantageous. Measurement techniques of latent variables (e.g. general physiological condition) combined with the causal relationship among them (e.g. smoke influences lung condition) allows the statistician to describe a complex situation and to measure the concept of interest (e.g. a particular disease or condition). Patterns of observed and latent variables cannot be modeled via regression or any techniques other than SEM.

CROS NT has experienced applying this new methodology to a clinical trial.

The SEM methodology allows modeling and also involves a number of clinical decisions to be considered at the initial specification of the model and during the estimation as well. For this reason exploratory/observational studies are the most suitable for this methodology. An interesting aspect of SEM in clinical trials is its flexibility: almost every hypothesis of cause-consequence relationship between observed and latent variable can be modeled and tested. Clinical judgment can and must guide this hypothesis, but it allows statisticians the freedom to test every possible idea.

Fig.1 shows the mathematical setting is divided into two main parts: measurement model and structural model. The power of SEM is that it can consider both jointly. Many repetitive estimators (TSLS, ML, WLS, ULS, etc.) are used to approximate the parameters of the model accounting for the covariance matrix of observed variables as much as possible. 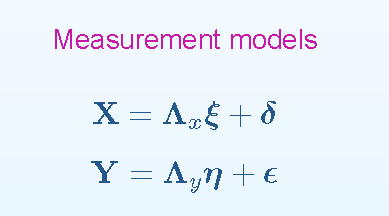 The circled variables in the figure are latent factor, measured by observed variables (e.g. results from medical tests), in squares. 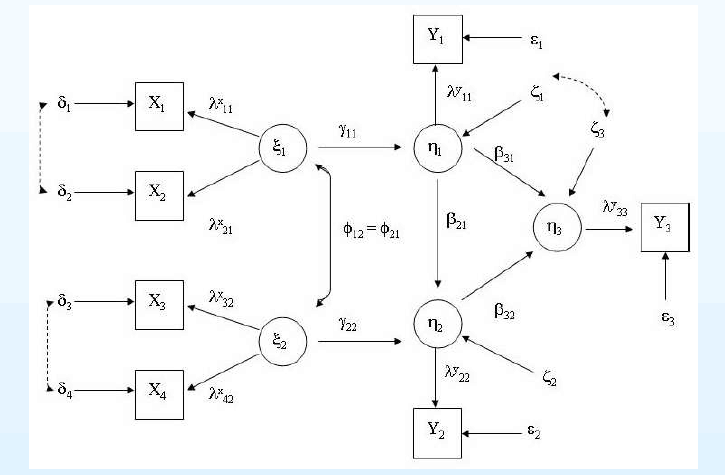 Discover our customer success stories in our case study library

Structural Equation Modeling is becoming a more popular statistical methodology in clinical trials, and new studies and publications will bring more knowledge on the topic.

CROS NT is currently providing statistical analysis and consultancy support for a complex study on Small Airways Disease Assessment and is implementing this methodology.  Initial results have been very  promising.

CROS NT is a niche provider of clinical data services for clinical trials including biostatistics analysis, programming and consultancy. Our biostatistics methodology team is led by experts with over 30 years of experience in the field. We offer biostatistics consultancy on a case-by-case basis for trial and protocol design and statistical methodology. Contact us if you are interested in an initial consultation on SEM for an upcoming study.

Contact us if you are interested in an initial consultation for your upcoming study
Tags: Biostatistics
Check our free on-demand webinars:
Derive maximum return from your clinical development investment with our services: