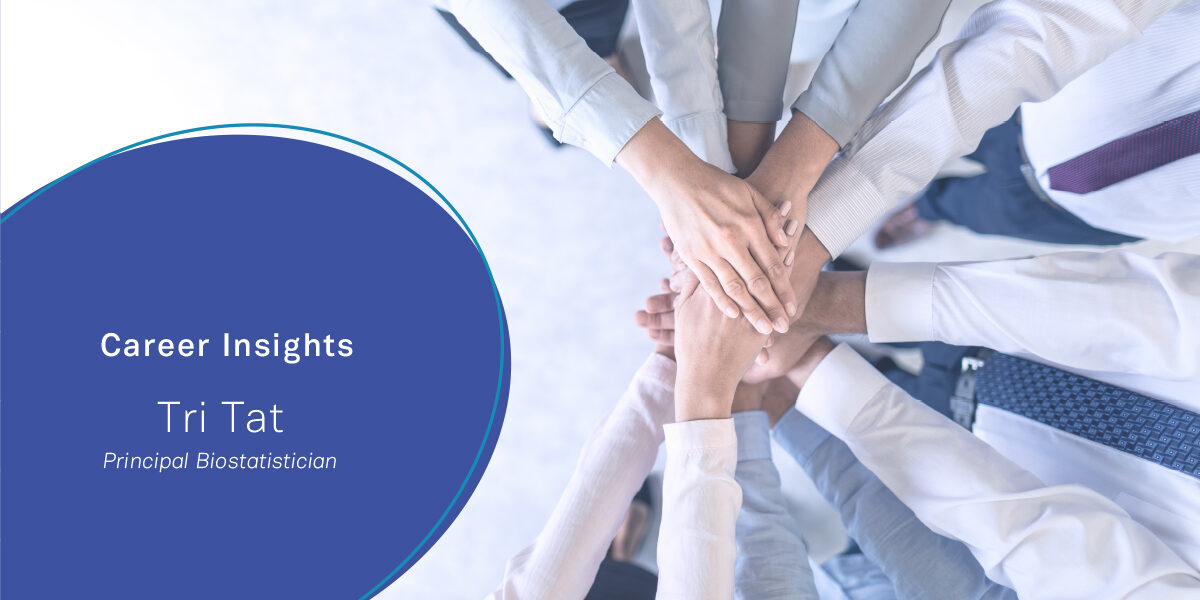 In this blog we talk to Tri Tat, CROS NT Principal Biostatistician who is based in Huddersfield, UK, to find out more about his career path, achievements, current role at CROS NT and his interests outside of work.

How did you identify Statistics as the right career for you? 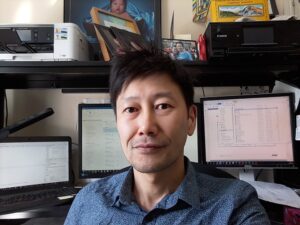 Growing up I’ve always wanted to be a scientist. At school and in undergraduate university, scientists were people who wore white coats and worked in a lab, so I did too.

Then as a CRA, I found I could be a scientist outside of a lab. During this time, I had thought trial protocols and data analysis were performed by medics, until working as a study coordinator a medic introduced me to a medical statistician. I remember thinking how cool he was to be able to “analyse data” and how relieved I was that he wasn’t a medical doctor as getting a medical degree would be too tough a path to follow.

I did a Master’s in Medical Statistics, and every day in every topic I seemed to have a “Matrix moment”. All the experiences I had had as a CRA, study coordinator and even as a chemist, those procedures, protocols and mistakes where previously seem to “just happen” and didn’t deserve a second thought, now with my new found perspective as a statistician, I am able to slow down in my mind to consider their aim, reliability and impact on the bigger picture. That was when I knew I had settled on my career.

What does a Principal Biostatistician do?

We have different tasks depending on the stage of clinical trial. During protocol development, I consult on analysis strategies and trial structure, and calculate sample size based on ranges of assumptions. Once a study is initiated, we create randomization schedules that are used to maintain treatment balance within sites and to avoid selection bias in allocation.

As the data accumulates, we review the data that is organised into datasets and create tables, listings and figures that are disseminated to the project team for ongoing safety reviews, identifying data issues, interim analysis and classification of patients into analysis populations, all the time building up to the big event of database hardlock and the final analysis when all eyes are on statisticians and programmers to release the final results.

Outside the life cycle of generating trial data, statisticians make use of data from completed studies to inform design of the next study, integrated summary of many studies, and check the accuracy of the clinical study reports. As a principal statistician, I also have been involved in replying to questions from regulatory authorities concerning submissions.

What has been your journey to your current role at CROS NT?

I think maybe my journey to CROS NT began 25 years ago. Taking that lab job in my second year at university led me to meet the CEO of a CRO who offered me a job as a CRA after I graduated. I took it and soon found myself being based in Singapore, monitoring sites from India and to the Philippines.

As my career progressed, my passion turned towards wanting to analyse and design clinical trials and was lucky to get a scholarship for a Master’s in Statistics. Being a medical statistician opened many more job opportunities: pharma, CRO, university trial units, cancer departments, consultancy, NHS trust and hospitals – I tried them all and loved every job. But I do have my favourites and it is a balance of taking on statistical consultancy and as a project statistician, and at CROS NT I am fortunate to have these dual roles.

What has been the most interesting project in CROS NT so far?

I have particularly enjoyed producing the Bayesian predictive probability of success which had me programming in R and BUGS; and the method comparison with repeated measurements and the population bioequivalence, these were interesting as they focussed on variance estimation.

What do you see as the most important statistical skills in Life Sciences industry?

A successful study design has high probability that it will achieve the study objectives, that is the results are definitively Yes or No, rather than We still don’t know. Although an adequate sample size is important in providing assurance, it is equally if not more important to get right the target study population, outcome measures, measure of the treatment effect, and to take account of imbalances in confounding or intercurrent events in estimating the treatment effect.

In fact, these are the estimand attributes introduced in the ICH E9 Addendum. Whilst the task of sample size calculation is often the purview of the statistician, I think making sure we incorporate all attributes of estimand in trial design is a most important task for everyone involved in the Life Sciences industry.

What are your personal values?

Service with a smile, due diligence, honesty and to always try my best.

What are your main interests outside of work?

Would you like to join our talented team? If you think you are the right person for us, please have a look at the job positions currently open.